Elton John is an English singer, songwriter, producer and pianist. Since 1967 he worked with Bernie Taupin as his songwriter partner and together they have collaborated on more than 30 albums.

During his career he sold more than 300 million records which made him one of the best selling artist on the world. He was nominated to multiple awards and he won several during his music career he won six Grammy Awards, five Brit Awards, an Academy Award and he also received a Golden Globe Award and several other awards as well. Billboard ranked him the most successful solo artist in 2008. He also performed at royal events such as the funeral of Princess Diana in 1997 and the Party at the Place in 2002 and also at Queen’s Diamond Jubilee concert in 2012.

Elton John is starting his tour in 2014 in North America and later he is visiting Europe as well. He is giving many concerts in the USA and in Canada and his next destination will be Europe this year. He performs in several European countries such as Sweden, Spain, Finland, Denmark and in Poland. In Poland he will perform in Krakow on Wednesday 5th November 2014. The concert will take place at Krakow Arena. The tickets for the concert starts from 229PLN.

If you want to know more about the concert and the prices click on the link. 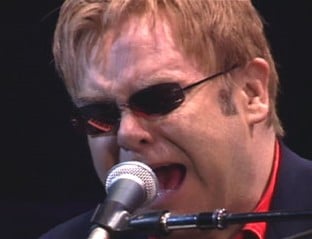 Elton John is touring Europe and he will visit several big cities such as Prague, Budapest and Vienna as well. He will perform in Warsaw May 30th and the concert will start at 18.30. A great venue has been arranged for the Elton John concert in Warsaw as well, the Polonia Stadium. There are still some tickets left, and you can buy them using the link below.

Concerts and events in Krakow&Warsaw