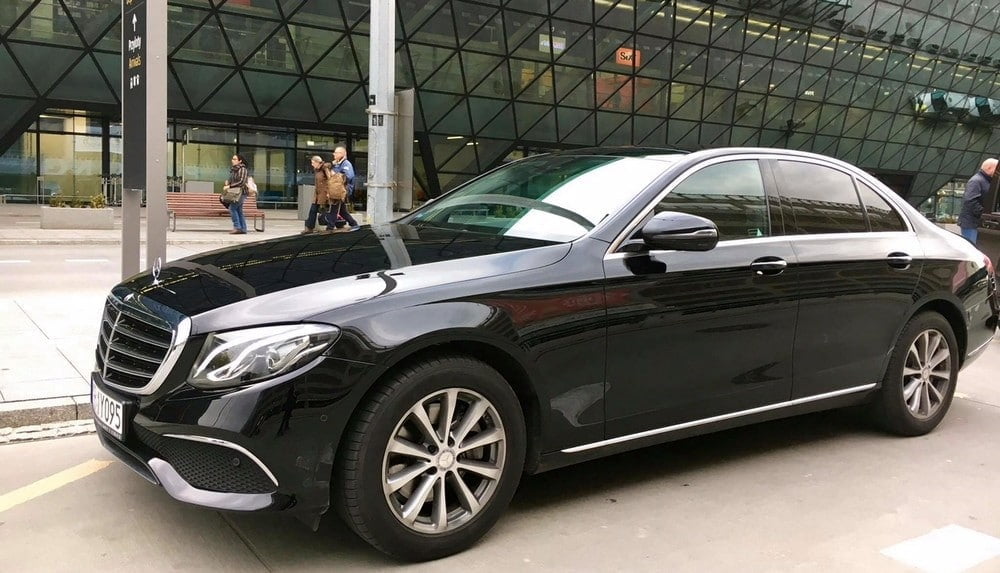 Just recently we received an email from one of our customers whom we helped with an airport transfer in Krakow. We have promised on our website that all transfers arranged by us happen in Mercedes cars, and they are all equipped with nice looking Polish gentlemen driving the cars.

A few days ago, we received an email from a lady that had booked her airport transfer for a group of friends through us. Everything was fine and correct as they were picked up on the airport, and the driver had a nice suit on and the Mercedes was in great shape. They paid the fixed price to the driver, and everything was perfect.

And then it was time for the return transfer to the airport. Our driver came to the hotel to pick up the guests and waited for them for a while. But, after waiting more than 20 minutes, he asked in the reception and there he was told that the guests had left already using another taxi. What had happened?

At the same time, we received an email from the group leader who told us that they were met by a driver who had her name, and he said that he was there to take them to the airport. It felt kind of wrong from the start for the group, because the driver wasn’t as nicely dressed, and when they had to jump into an Opel, it felt even more wrong. For that reason, we received an email from the lady some hours later asking what happened… Upon arrival at the airport, the driver asked for the same amount of money the original driver was supposed to be paid…

So what happened? Where did the driver get the group name?

To us, this is only pure speculation, but this is our main guess! The receptionists earn money by arranging airport transfers for their guests. Maybe the receptionist (who knew the name of the group and the guests) saw the voucher for the airport transfer (with price) and called a driver friend and simply told him to quickly pick them up with those details. This would give both the receptionist and the driver a little bonus and some work to do.

The second version is that the receptionist (or someone else at the hotel) knew that the “nice looking Mercedes drivers” would pick them up soon (and they also know the prices with which they operate), and thus they just told a driver friend about the name of the group and the price the company uses, and thus they could bring the group to the airport in that way.

No matter what, the wrong driver took the guests to the airport. Luckily, they got to the airport like they planned on, and they didn’t have to pay for anything else. But, it still feels wrong to be driven by the wrong driver, and it also is wrong that you drive in an old Opel when you are supposed to be picked up by a shiny Mercedes.

What is the lesson? Not everyone with your name is the right driver to pick you up!

And, if you plan your trip to Krakow, make sure to read more about all the fantastic programs awaiting you in the city here in our Krakow Guide.

Did you know that the two most popular places to visit in Krakow actually is located outside the city? As you come to Krakow, you should spend lots of time walking around in the Old Town and at the Wavel hill, but you will for sure want to visit the Salt Mines and Auschwitz as well. The Concentration Camps are located more than 1 hour outside Krakow, meaning that you will normally spend half your day if you decide to make a trip to this terrible place (but still a place you should visit). It is a lesson for life and one that gets more and more important as people tend to forget about the mistakes people have made earlier in history.

The Salt Mines is located in Wieliczka, and this is a place much closer to the city center of Krakow. Here you can walk inside some magnificent caves/mines far beneath the ground. If you suffer from claustrophobia, this might not be the best place on earth, but still – this is well worth visiting and experience for life.

After a day on which you visit one of the places (or maybe both), it always feels good to return to the Old Town of Krakow where you can eat and drink delicious food and more for a low price (compared to other big cities in Europe).

We hope you will have a magnificent stay in Krakow, and if you want us to help you with a private airport transfer, or maybe a half-day trip to the Salt Mines or to Auschwitz, look around in our Krakow Guide for more information!

The Sonisphere Festival is the event of the year in Warsaw, Poland, and this year Metallica will be one of the bands arriving to this amazing event. Not only Metallica will come, but also Machine Heads and Gojira will come to the festival where you are invited to join in. Come listen to Metallica, the band from Los Angeles, formed in 1981, sold more than 50,000,000 albums in the US alone, and now planning the release of a new album. This will be great. The venue for the Sonisphere Festival is the Bemowo Airport, so check it out!

Just a few days earlier Metallica will perform in Prague in the O2 Arena. If you would rather go to that concert, visit this page. While in Prague, why not enjoy a river cruise?

At Sonisphere in Warsaw you can see for example Iron Maiden, Mastodon and Motorhead. Order your tickets today!