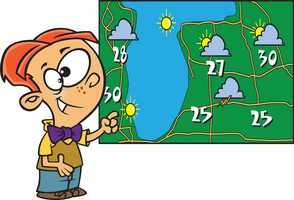 Krakow is the second largest and one of the oldest city of Poland and it is also one of the most popular and visited cities in Europe so in this short article you can read about the average temperature in February in Krakow and general information on the climate of the city to make your visit easier.

Krakow has an oceanic climate which means winters are long and cold and summers are fairly hot and dry. Winter starts in December and it lasts until the beginning of March. The average temperature in the winter is around 0 °C during the day time and it is around -5 °C at night. On very cold winter nights the temperature can drop to -15 °C. The coldest months of the year are January which is definitely the coldest, February and December. February is usually the driest month of the year and the wettest is June when there are lot of rain in the city. Krakow lays nearby to the Tatra Mountains and there are halyn blowing which can raise the temperature rapidly to 20 °C even in the winter. The city has little sunshine during the winter through the coldest months which improves in February when the days get longer each day.

If you want to know more on the weather in Krakow check the following site.