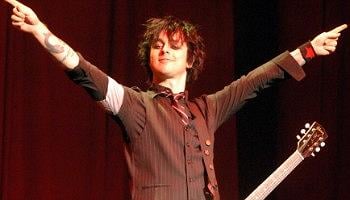 Green Day is one of the most popular punk-bands in the world, an on January 21st in 2017 they will come to Tauron Arena in Krakow? Do you want to be there?

Krakow is getting more and more popular and it attracts more and more stars during their big concert tours in Europe. That is why we are really happy to see that Green Day has decided to come to Krakow as well during their tour, and on January 21st they will perform in Tauron Arena in Krakow. If you want to be there, then you can buy tickets to the event from Viagogo.

The Green Day concert in Krakow is supposed to start around 18.00, so if you want to do something else before the concert, then you have the entire day to do so. Among the most popular programs in Krakow are a day trip to Auschwitz and an excursion to the Salt Mines. Both programs are fantastic and kind of programs that you have to do and have to experience while in Krakow.

More info about the Green Day concert in Krakow

There ain’t that much more to tell you about the Green Day concert. But, click the link earlier in the text if you want to buy tickets for the event. In addition to performing in Krakow in 2017, Green Day can also be seen and heard in Prague, in Berlin, in Bologna, in Oslo, in Stockholm, in Brussels, in Amsterdam, in Paris, in London and even some more cities in Europe. But, considering the fact that Krakow is the number one and only city they visit in Poland is a big privilege for us. Do not miss out on this chance to hear Green Day live in Krakow.