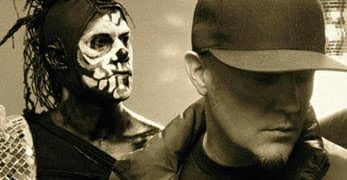 Limp Bizkit will be on a world tour from the spring of 2015 and on this occasion the band will stop in Krakow as well. Limp Bizkit is an American nu metal band which was formed in 1994.

The current members of the group are Fred Durst (vocals), Wes Borland (guitars, backing vocals), Sam Rivers (bass guitar, backing vocals) and John Otto (drums). Limp Bizkit was one of the most popular and famous bands in the late 1990s and the beginning of the 2000s. Over the years the band sold more than 31 million records world wide. During the years the band came out with 7 albums, their first one was the Three Dollar Bill, Yall which came out in 1997 and their latest album the Stampede of the Disco Elephants was released in 2015. So from the beginning of March in 2015 the American band will be on a world tour to support their new album. Limp Bizkit will be on stage in some European countries as well including Germany where they will give plenty of concerts in different cities such as in Hamburg, Berlin and Munich but they will perform in Krakow in Poland as well.

In Krakow the concert will be held at the Ts Wisla on Saturday 7th June in 2015. Tickets for the concerts are already available.

For more information on the prices and the tickets check the following site: WorldTicketShop.